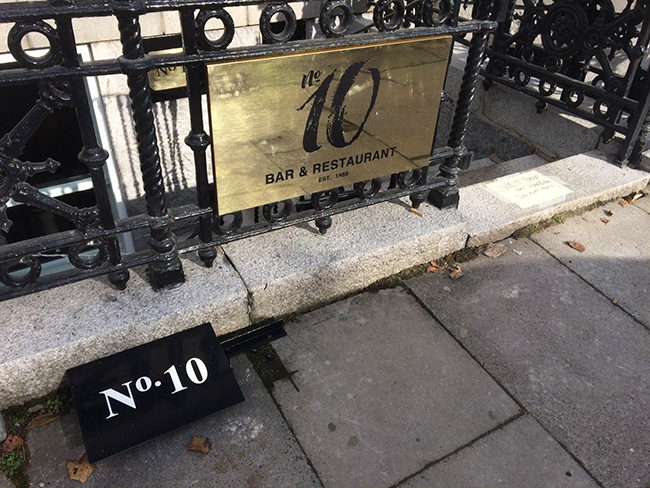 An Aberdeen bar is set to raise a toast and call last orders earlier than expected as renovation work continues to advance. No.10 Bar & Restaurant, which unveiled its significant expansion plans at the start of the month has announced they will close a week early in order to progress its major refurbishment.

As part of the early closure, the directors will host an ‘End of Era’ party on Saturday 25 July, and will bring a touch of the 80s back for the evening.

Director of No.10 Bar & Restaurant, Allan Henderson, said: “Since we first announced our plans, work has progressed quickly so we have decided to close No.10 slightly earlier than expected as it will assist us to launch new look No.10 sooner than initially planned.

“As a thank you to all of the No.10 customers, we are hosting some farewell drinks and will throwback to the 80s history of the venue with classic food, drinks and music from the era, and possibly even some 80s prices. We want to see as many regulars, ex-staff and No.10 customers as possible so we can celebrate the end of one chapter and the start of a new era.”

Operations director No.10 Bar & Restaurant, Alan Aitken, said: “No.10 has long been a very popular bar since it was first launched in 1986, with a large number of loyal customers who enjoyed popping in for a drink with friends or work colleagues. As we are redeveloping some-what of a West End institution, we feel it is important for the regulars and local residents to be involved with the project, so the party will be a great way to say goodbye to the existing No.10 and hello to the new No.10 Bar & Restaurant.”

Customers are invited to join the ‘End of Era’ party next Saturday (25 July) from 5pm onwards and the directors have asked anyone with old photos of the venue to bring them along on the night.

No.10 Bar & Restaurant, based at 10 Queens Terrace, is currently underway with a major re-development, transforming an adjoining office space into a stylish 90-seater restaurant with private dining facilities. The new restaurant and bar is expected to be ready to open to the public by end of September. Progress of the first two weeks of refurbishment can be found here: YouTube

The restaurant is still recruiting for various positions. For more information, please email your CV to jillian@no10aberdeen.co.uk.